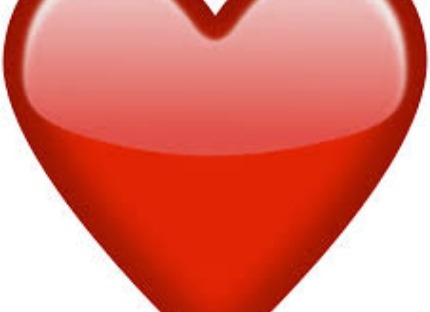 Since I have never been one for a three way–I guess I am just not that kinky, but power to you if you are—when I was struggling with ED (short for “eating disorder,” which was coined by author and eating disorder survivor, Jenni Schaefer, in Life Without ED) he was the only thing I had time for. We were exclusive to each other, a monogamous duo. We had the talk many times.

He was romantic at times. On Valentine’s Day he pulled out all the stops, triggering bulimia, a special peanut butter binge-he knew it was my favorite–followed by an epic purge. He was thoughtful like that, knowing this was what an ideal date night for me would consist of–no one knew me, the ins and outs of my mind, quite like my eating disorder.

At times I did try to date. I made a profile and joined the ranks of New York dating singles on JDate and Match.com. At the time those were the big ones. It was difficult for me to take any “blind” date situation seriously. I felt like a caricature of myself out on these dates. I could never take these meet-ups as more than a joke—that would mean I would have to face being rejected or, worse, let someone in and get my heart broken. My eating disorder kept me safe, so I stuck tightly by his side.

For four years during the peak of my self-destruction, he was my everything. He was the only one I had time for because he was extremely demanding. He was bossy, actually verbally and physically abusive. He told me to workout, that my butt was too flabby. Sometimes he would tell me to workout for three hours on the elliptical in the middle of the night, when I couldn’t sleep. He told me not to eat anything all day except for a lean cuisine meal around dinnertime. He told me to wear baggy clothes to mask my shrinking frame. He told me how to order laxatives without people knowing (online—duh!). He taught me so many tricks, he taught me everything I knew. We were so co-dependent that I thought we merged into one. I forgot who I was.

Six months into recovery, was the first time I was able to let someone besides ED into my life. A year and a half later we were married. I finally started to peal away who Dani was without her eating disorder—what she really liked, didn’t like, and most importantly how she felt. I became the real me, not the me I felt pressure to be or who constantly believed I wasn’t good enough. Because you know what I am more than good enough, thank you very much!

My husband, he was not my cure-all, by any means. I am in no way saying that a ring and a wedding cured my eating disorder or made me well, because it didn’t. What I am saying is that because I was happy and healthy enough, mentally and physically, to let myself be vulnerable, the conditions for true connection were set.

So this Valentine’s Day I will be celebrating, four years eating disorder free, with my husband and my 11-month old daughter by my side. We will be at home, in our pajamas, eating takeout and speaking baby babble with food absolutely everywhere—and it will be perfect. I couldn’t even imagine this life years ago, but now I wouldn’t even want to take a peek back out of curiosity. Recovery has brought me this perfectly imperfect spaghetti-and-tomato-sauce-in-the-hair filled image of Valentine’s Day and as challenging and sometimes messy as it will be—I couldn’t picture it any other way. I will cheers to my recovery, with a spaghetti noodle from my hair, for giving me the guts to get rid of my abusive boyfriend—ED.